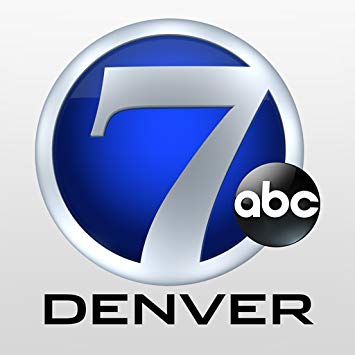 DENVER – Over the last 16 years, Jesse Esquibel has survived West Nile virus and brain surgery, blood clots and heart attacks, and a bout with an autoimmune disease.

So when he decided to channel his Denver Broncos super-fandom into an orange and blue alter-ego, Esquibel’s character was a natural fit: The Bronco Reaper.

“I figured most people are scared of death,” said Esquibel, whose gameday attire includes a long, blue hooded robe, a shiny orange skeleton mask, and a faux scythe customized with the Broncos logos and colors.

“So it was a way for me to get out and make people less scared.”

Esquibel last week was waiting outside the gates of the UC Health Training Center, where the Broncos’ first practice was about to get underway.

The 37-year-old from Parker was with his wife, Jet’aime, and his three sons. Training camp, for the Esquibels, is a yearly ritual. They’ve gone since their teenager, Angel, was a toddler. In 2008, Mike Shananan called Angel onto the practice field and linebacker Louis Green threw him a football, which the Esquibels still have.

But it wasn’t until the 2014 season that Esquibel went public as the Reaper. He attends as many home games as he can, buying a cheaper upper deck ticket and roaming the stands with Limo Driver, Orange Vader and the other super fans of the team.

Esquibel, as with most Broncos super fans, was inspired by the legendary Barrel Man, Tim McKernan. McKernan, who died in 2006, wore nothing but a barrel and a cowboy hat to nearly every home game for decades, cold weather and all.

Esquibel’s outfit might have a darker twist, but he’s not trying to steal souls – unless he comes across a Raiders fan.

He gets a kick out of the Reaper persona because of his own brushes with death. The reaper, decked out in hometown colors, puts a lighthearted spin on the battles he faced.

He said his medical issues started around in 2003, with a mosquito bite. Then came the seizures, he said, and the West Nile diagnosis. His recovery included brain surgery, which left a long arching scar along the side of his head. Esquibel said he later developed an autoimmune disease that attacked his kidneys, leading to blood clots.

Then, in late 2015, he suffered a series of heart attacks. Now he said he still battles the seizures and diabetes.

“It’s been a series of unfortunate events,” Jet’aime said.